A Testimony from Natasha Istomin

By CRIDecember 5, 2019Ministry updates
No Comments 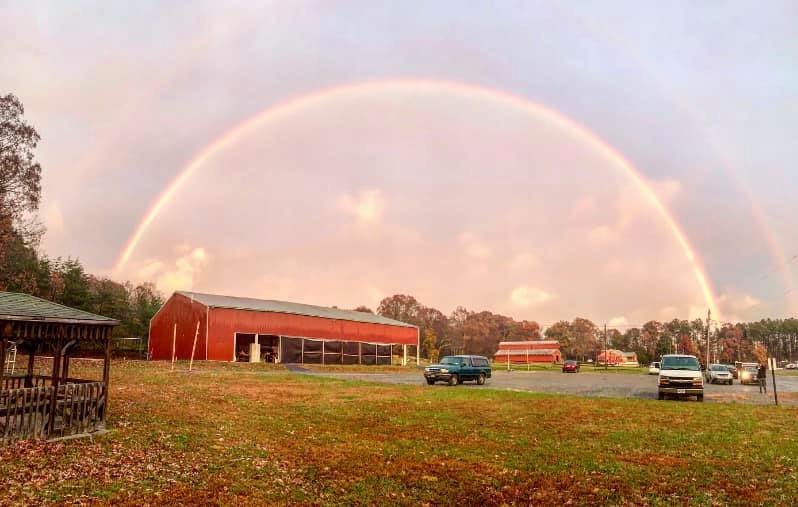 I want to share a testimony… Two days before I was commissioned to full-time missions/ministry, I was at a conference “Cultivating the Supernatural” at Crisis Response International’s mission base. Danny Steyne was sharing a powerful message, and afterward, he began to pray for each person in the room. When he came up to pray for me, I felt the overwhelming presence of God as I fell to my knees weeping and immediately went into an open vision. I went from weeping to wailing, and travailing from the intensity of what I was seeing, feeling, and hearing. I saw myself flying over the earth, and I began to hear the earth groaning, moaning, and crying out, “WHO WILL GO? WHO WILL GO?” And then as I flew closer in flying over nations, I began to hear the same cries, moaning, and groaning coming from different nations from all over the earth, crying out, “WHO WILL COME TO US? WHO WILL COME TO US?” The screams and cries were so much worse than that of someone losing a close loved one. I could literally feel the pain and agony as the screams continued and intensified as they got louder as I got closer. As I was still in this vision, I collapsed, as my body went from being on my knees to being flat on my face laying under the table. I could not stop crying for over an hour. In the vision, I continued to fly closer in, I went from seeing nations, towns, cities, counties, to now seeing entire people groups, tribes, faces of people from different nationalities. As I saw them, I could hear their inner souls crying out, moaning in agony and in pain, saying, “WHO WILL CONE TO US? WHO WILL COME TO US? WHO WILL COME TELL US ABOUT JESUS?” The screams were like nothing I’ve ever heard before. So much pain and sorrow, I could literally feel it. In the vision, I then looked up towards heaven as if asking for help, and as I did, I saw an open heaven, it was like the sky was peeled back. And I could see the Father sitting on His throne. Looking down on the earth, searching the earth, saying, “WHOM SHALL I SEND? WHO WILL GO?”

I was messed up and left undone from that experience and Encounter. I, to this day, hear those cries and the moaning and groaning of the nations and the people. In that short moment of time, The Father allowed me to feel a little glimpse of His heart and love for His people and the nations that are lost and hurting, suffering dying. What I felt was only a glimpse, and it was more than I could bear. I cried out, “Here am I, Lord send me!!! I will GO!!!!”

The commissioning that followed and took place two days later at CRÍ was not planned; it was not talked about; it was not rehearsed. I had not shared this vision publicly yet. The commissioning was a last-second, spur of the moment, Jesus showed up in that morning worship session and began to move in a powerful way. It began with a burden for the nations that could be felt by all in the room. We began to intercede and cry out for the nations and for laborers to rise up. There were different nationalities represented in the room, as each took to the mic praying for the nations in their native tongue. It was a beautiful, powerful prayer meeting. And it was at that very appointed moment the Lord stirred the heart of Sean to pour oil over my head and officially before God, men, the angels, and the cloud of witnesses to commission me and release me into full-time ministry. I literally felt like Jesus Himself was pouring the oil on my head as I was commissioned as CRÍ’s first full-time missionary to the nations!!! I am wrecked by the things that broke in the spirit as I was released to full-time ministry! I don’t fully know or understand what that will look like for me personally I just know God is sending me to the nations! It was interesting that Right before I was to be commissioned, a truck pulls up and parks in front of the door flashing its lights, and on it, it says “cover the earth”. It was almost like a prophetic sign from the Lord saying, “cover the earth, Natasha.”

Later, that same day that I was commissioned, there was a double rainbow across the sky. As I was coming out of the House of Prayer and Encounter, this beautiful rainbow lit up the entire sky. I felt like Jesus put the rainbow there just for me as a sign of His promises and a seal to the covenant I made with Him to go to the nations as He has promised me the inheritance of the nations. That was almost a year to the day while I was in California deploying to the wildfires. It was on that deployment the Lord gave me a physical key and said this day I have given you the key to the nations.

“Then I said, ‘How [gloriously and honorably] I would set you among My children and give you a pleasant land—a wonderful heritage, The most beautiful inheritance of the nations!’ And I said, ‘You shall call Me, My Father And not turn away from following Me.’”

Join the newsletter and keep up to date on all the latest news from CRI!

For text alerts: Text the keyword crinews to the number 51555 to get text alerts regarding disasters and other urgent news!

For email updates: Text the keyword emaillist to the number 51555 to sign up for emails about CRI trainings, deployments, and other offers.